A Problem With Grazing. 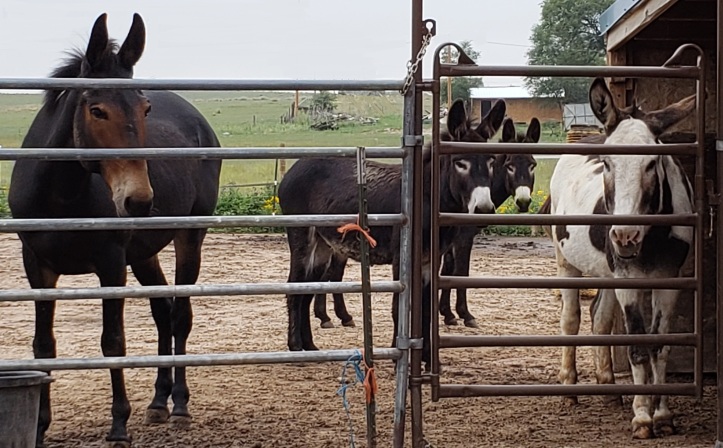 From a reader: The ideas and thinking presented in your blog have been hugely helpful in improving the time my horse and I are together. I have been struggling this summer balancing many of these ideas and finding a way to have my horse NOT eating grass when under saddle. He has been at home since last fall, in Maine, and we have only our grassy pastures in which to ride. Since we used to ride mostly in an arena, this was never a problem before. He seems to enjoy our “rides” enormously. Whereas, I’m exhausted and thinking perhaps bringing a bag of chips for me to enjoy at the same time might be the best solution.

First, I love this. An honest question posed with a sense of humor. She doesn’t want to pick a fight with her horse, but they are doing more grazing than riding. On the ground or in the saddle, are chips the answer?

Bear with me while I restate the question. Horses have no problem at all with grazing. They were born to do it all day long. Their digestive system requires it. Humans have a problem with grazing because it offends our ego that a horse might prefer grass to pandering to our every desire in the saddle.

Start here: an average horse creates two liters of stomach acid during an hour. Hydrochloric acid, and without going into a long lecture about ulcers, he’s right about needing to graze. I require clients to feed hay while tacking up. He needs something in his stomach ahead of the ride. It’s a preparation, just as important as cleaning hooves and saddling correctly.

Then you head to a pasture to ride. Maybe you have a plan but instead, all he wants is to graze. I was taught, back in the dark ages, to pull his head and kick. Usually, he pulled harder and then, game on. We both got mad. The idea of snacking on chips is a huge improvement over exploding resistance and resentment on both sides. And maybe some tequila on the side.

Looking at the bigger picture, there is a thing that happens just before he grazes. He loses forward. He has to, doesn’t he? So, the problem isn’t actually grazing, it’s that he stopped walking or trotting. And yes, I had a horse capable of trotting downhill and eating along the way, but that’s still where I’d start.

In dressage, we believe that we hold a horse’s attention by doing transitions, and a transition is anything different than what you are currently doing. It could be a different speed of walk… or walk-trot transitions. Sad truth: If you ride on grass, you must be more interesting than the grass. If he doesn’t get turnout, it will be harder, but still, you have to hold up your end of the conversation.

It can be easy to fall into a cycle of correction. A bickerfest of rein grabbing and head pulling. Why would we correct his head, when it was his feet at fault? Any punishment that involves pain, and a rein correction always does, is going to show up again when you don’t want it. Forward is the answer, ask him to walk on. Leave his face alone and talk to his hind end. Forward movement comes from behind.

Yes, it’s a small window of opportunity. If your ask for forward comes too late, when he already has his mouth to the grass, then the correction could become a bigger problem than the initial fault. Think timing.

If you are asking and he’s “ignoring” you… well, grazing is also a calming signal. Your cues might be too loud, hands might interfere. Pulling the reins is a halt cue, if you kick and pull at the same time, you’re giving contradictory cues. Take his calming signal!

Is it possible that you could give an energetic message without the feeling of constant correction? Not as easy as it sounds but look for an affirmative answer. Less correction; more direction.

She writes back: Thanks for getting me thinking again. Two of your thoughts hit home, lack of energetic message on my part, we don’t have much forward to begin with and I’m way less interesting that the grass, in fact downright boring.  He gets turn out in the pasture daily. When not riding on the grass, there is no constant correction. However with all the grass eating, even though it’s impossible, I’m wanting to keep him from grabbing instead of releasing when he’s not. I’m thinking my opportunity for a change of thought is when he’s about finished with a mouthful and before he stops and grabs more grass, that might be the best time to ask for a change of gait, direction etc. Also, my thinking and body need to be more focused on where we are going and how, instead of about the grass.

Now I have to love this rider. She taking stock without defensiveness and thinking ahead. Instead of prepping for a fight, or being frustrated, she’s getting productive. She’s located a time to ask him to walk when there is naturally less resistance, (between bites,) and she’s changed her focus. Instead of staring at the grass, she is focused beyond, to the solution.

This is huge. The thing we pay attention to is the thing that grows. The foundation of affirmative training is to reward what you like and not get mired in what’s not working.

Finally: Here’s a follow-up to our previous emails about grass eating. Boss and I worked in our dirt paddock for a couple days, just on forwardness for both of us. When we first rode in the field again I paid particular attention to when he was preparing to stop and asked him for forward. We put spread some cones and barrels around the field, in order to keep things more interesting for both of us and to give us visual places to go in the field. We are doing so much better!

Yay, great job! She put her focus into concrete action. She improved her timing, then she could give a smaller cue and everyone was happier. She used aids. An aid is something that helps you or your horse stay on track. She might have gotten a whip but instead, she got some cones and practiced point-to-point riding. Affirmative solution! Mostly, she helped her horse.

The photo above: We have some longear friends visiting the farm, and the pair of young donkeys will follow anywhere, but we started leading from behind out in the pasture. We stayed positive because donkeys are never wrong. We negotiated some walking and some grazing. The other word for that is transitions.

They think negotiation is fun; we all get something and we all give something. Winning.

0 thoughts on “A Problem With Grazing.”